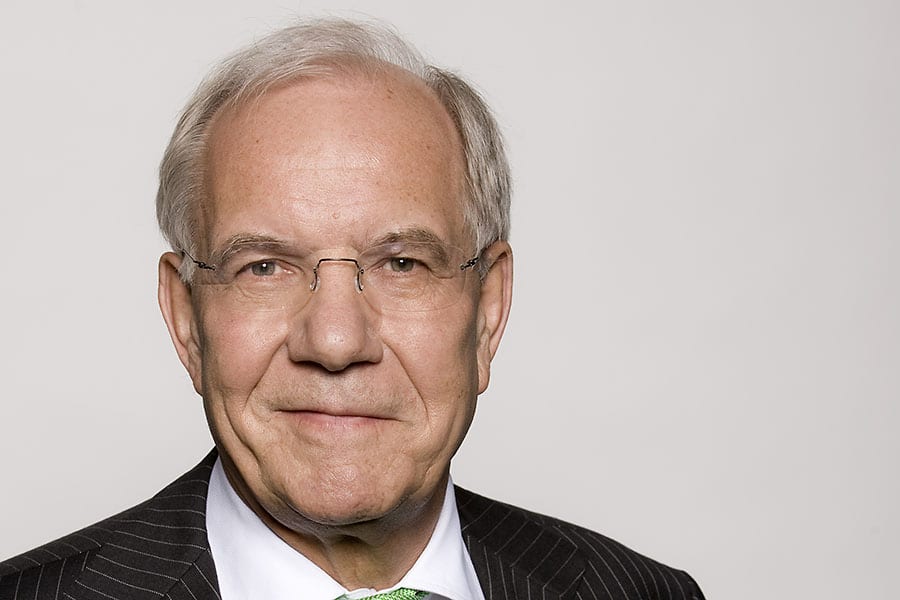 Professor Dr Hennerkes (born 1939) is a Doctor of Law and a leading expert in law in the field of family businesses. He studied from 1960 to 1964, firstly in ancient languages then in jurisprudence at the Universities of Saarbrücken, Freiburg and Hamburg. Professor Dr Hennerkes gained his PhD in 1966 with a dissertation on constitutional issues under Konrad Hesse. He was made an honorary professor at Stuttgart University in the business and corporate tax law areas in 1987.

His professional life began in 1968 when he trained as a manager at the Iron and Steel Trade Association in Düsseldorf, after which he became the youngest member of the administrative department of Mannesmann AG, where he was an assistant to the Chairman of the Board, Dr Egon Overbeck. He worked there until he joined Dr Conrad Böttcher’s law firm in 1971, which had specialised exclusively in family businesses since it was founded in 1929. By 1981 Professor Dr Hennerkes had become the sole senior partner in that law firm, which by then was called Hennerkes, Kirchdörfer & Lorz.

Professor Dr Hennerkes has been exclusively advising German, Austrian and Swiss family businesses in conceptual matters for over 35 years, and specialises in corporate succession, the creation of family constitutions and avoiding conflict in business families. Professor Dr Hennerkes is an expert in foundation concepts (family foundations, charitable and company-related foundations) and in the field of corporate supervision. In this context, he has assisted closely in the formation of supervisory boards and advisory councils. He himself has been appointed chairman and member of various supervisory bodies belonging to well-known family businesses.

Professor Dr Hennerkes is a well-known author of numerous academic publications on family businesses, and is the author of the standard works: ‘Die Familie und ihr Unternehmen’ (The Family and its Business) and ‘Unternehmenshandbuch Familiengesellschaften’ (Business Handbook for Family Companies).

Professor Dr Hennerkes has been a professor at the Department of Family Business Law since 2008.

Back to team overview